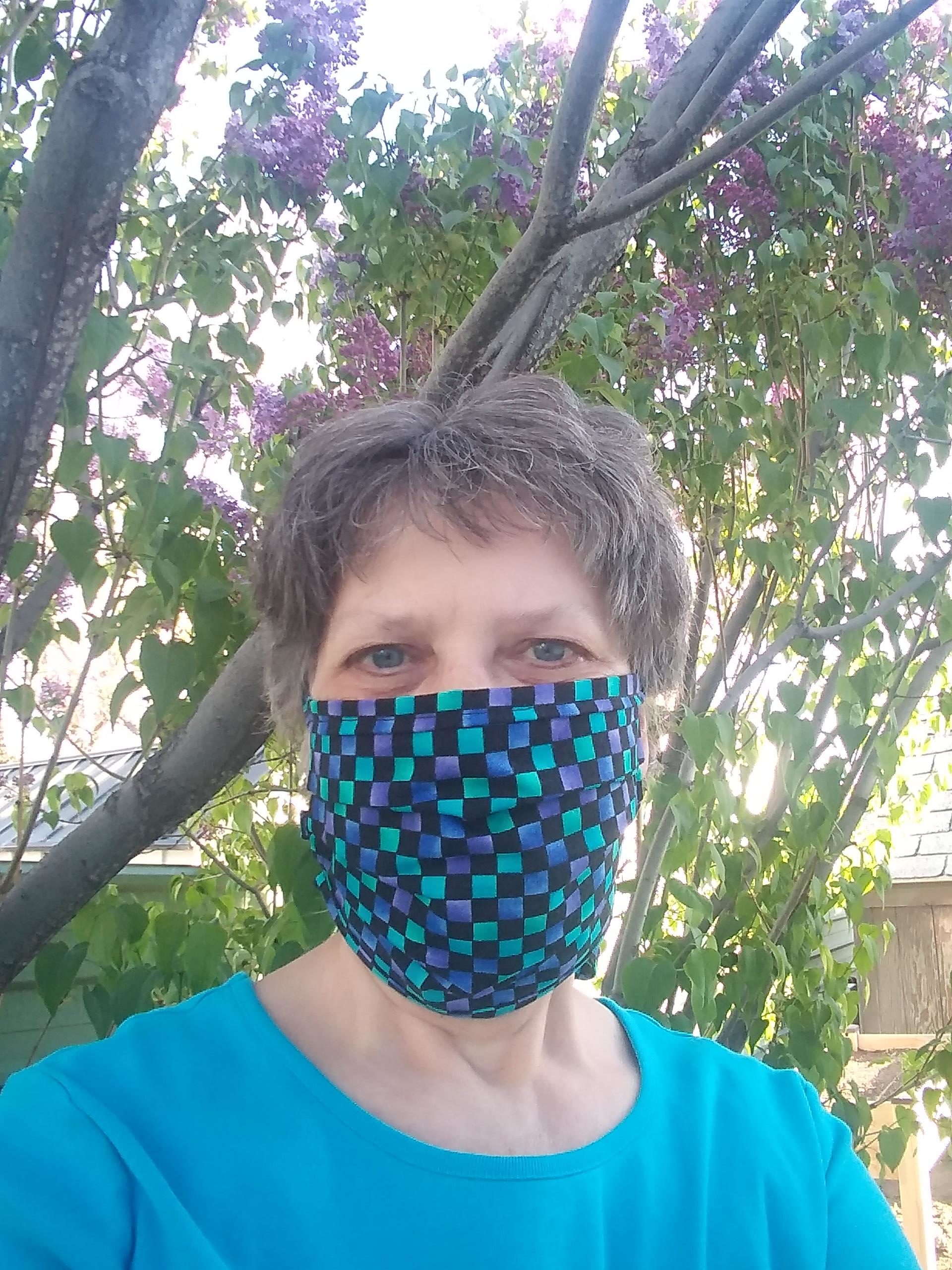 For over 36 years, Esther Henscheid has been a valuable employee of BAF and is currently a Payroll Services Representative. But, we also want to recognize her for her amazing sewing abilities and for exemplifying our Let Your Inner Hero Shine and Make Things Better values!

Since mid-April, Esther has completed about 235 masks and has another 150 or so in some stage of production! She has given some to family, friends, and neighbors, but the rest have been distributed to coworkers in our Blackfoot, ID and Shelley, ID facilities, as well as to other employees who have requested one. They were made in a variety of colors and patterns, so each recipient had fun choosing a unique one to fit her/his personality.

Esther has been sewing for most of her life, learning from her mom who was willing to turn Esther loose on her sewing machine before she was even in kindergarten. Her parents had a custom drapery business, so Esther was able to grow up using industrial machines. She was a volunteer costumer for a local community theater group for about ten years, but now her focus is on humanitarian quilting, which satisfies her own creative desires while also meeting the needs of others. When she’s not sewing, she also enjoys other types of handwork, especially knitting. These are all just hobbies for Esther, with just about everything she makes being given away as gifts or donated to a worthy cause.

We’re so grateful that you have been willing to share your talent with all of us. Thank you, Esther, for Living Our Values!

Back to posts
© Copyright 2022 Basic American Foods. All rights reserved.
Join
Our
Team TRY A
SAMPLE

As a current employee, you can view and apply to open positions from your work or personal computer by logging into BAF/NET using your BAF email address and network password. If you need login credentials, please contact your supervisor.