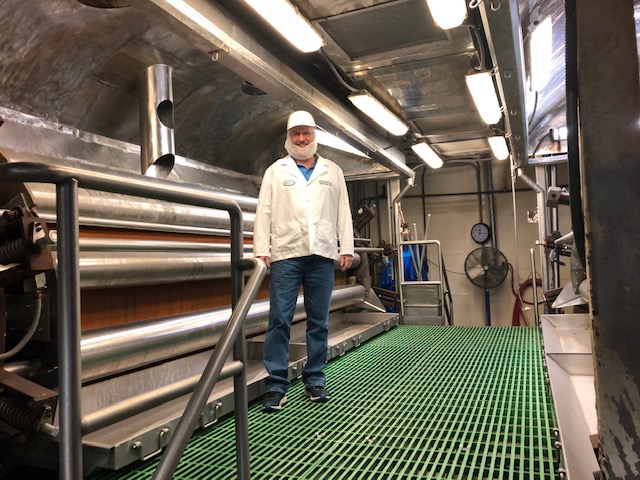 We are pleased to recognize Brian as our 2018 Q3 Values Hero recipient!

In addition to Brian’s responsibilities as Rexburg plant manager, he also took on the additional interim role of plant manager at the Shelley facility. Even though he was splitting his time between the two plants, he was able to lead the teams to achieve successful SQF audit scores in Shelley and Rexburg, both well above last year’s scores! He has also played a significant role in making many key improvements at both facilities. For these two reasons in particular, Brian has exemplified the “Make Things Better” and “Find a Way” values.

Brian was also recognized as living our “Keep It Going” value as a result of his incredible support of the ERP project. He has devoted endless resources to ensuring that the project is successful.

His positive attitude, loyalty and dedication to BAF, and his sincerity in caring about all of the employees in his facilities are all ways that Brian demonstrates that he is a Values Hero.

Back to posts
© Copyright 2022 Basic American Foods. All rights reserved.
Join
Our
Team TRY A
SAMPLE

As a current employee, you can view and apply to open positions from your work or personal computer by logging into BAF/NET using your BAF email address and network password. If you need login credentials, please contact your supervisor.